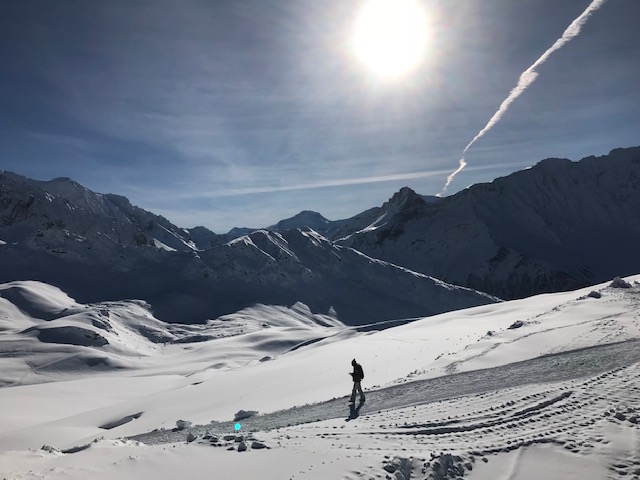 50 YEARS OF LES ARCS: Click on the photo for an instant briefing

SUMMER SEASON is ON

Les Arcs will be open from 4th July - 29th August this summer.

On the agenda: regular events like the music festival and all the mountain activities (presented in the form of the rather complicated HERO card).

Plus - in a bid to boost the number of visitors and make up for at least some of the lost winter trade - the funiculaire will be free to all.

The summer website can be found here.
Posted by simon at 21:54:00 No comments:
Email ThisBlogThis!Share to TwitterShare to FacebookShare to Pinterest
Labels: Summer

FOR THE MONEY AND THE FEW

It involves the depressing prospect of "priority lanes" around the resort.  Which takes us some way from the idea of skiing for the masses which powered the development of Les Arcs and its neighbours in the 1960s and 1970s.

There will also be an express route for skiers wanting to access the Aiguille Rouge cable car.  In principle this may not be a such bad idea as it gets so packed, even out of high season, that some kind of rationing is probably needed.

The general idea seems to be to persuade people to buy the full Paradiski pass rather than (as most skiers do) just getting a Les Arcs/Peisey Vallandry ticket.  In recent years, those buying a 3 day pass have been given rights to have a day in La Plagne as part of the deal.  That seems to have gone.

The executive option doesn't look worth the extra unless you are a keen swimmer or sledging fan.

For the second year in a row, it's been an excellent season snow-wise in the Tarentaise, with great conditions right the way until closing day.

By way of a very quick round-up, here are the good and the not-so-good things to report back on.

1. The new "Secret" piste, launched in conjunction with the new Comborciere lift, opens up a new dimension.  At the top of the now-reasonably-fast lift (it's second hand) there's also a fab new picnic area and a choice of pistes: Secret (dark red), Comborciere (black) and the un-groomed Malgovert (red with black sections, certainly when its icy).  All in all, it's become a bit of a destination.

2. The new pedestrian footbridge (aka la passerelle panoramique) at the top of the Aiguille Rouge is a good new innovation, and the resort is now so much better for non-skiers, with a proper pietons lift pass, swimming pool at Arc 1800 etc etc.

3. On social media, the Pisteurs Arcs Facebook and Twitter (@PisteursArcs) give a great inside track of the dynamics of the resort, as does the ever-energetic R'Les Arcs radio station.  On Twitter, @SkiVillaroger is often skiing in the other Tarentaise resorts like Sainte-Foy and is a good guide to the local conditions.

1. Feels a bit harsh calling out the Aiguille Rouge cable car, given it gives access to such epic views and one of Europe's finest runs - not to mention the new opportunities for non-skiers to explore the site.  But it now has pretty awful queues most of the time, including out of high season. It almost feels like some kind of timed ticket system like you get at the doctors or deli queue might be necessary.

2. The Paradiski Priority Lane: All the main lifts now have a priority lane reserved for those who have bought the Paradiski 6 day ski pass (retail price 305 Euros).  This gives off a not-very-nice vibe and is contrary to the whole idea of Les Arcs and similar resorts which was to bring skiing to a wider audience.  Anyway, it's not such an issue as hardly anyone buys the full Paradiski pass in any case.  But low marks to Compagnie des Alpes nonetheless.

3. The Club Med at Arc 1600, which opened in December, is a monument to unthinking development.  There is no reference to the traditions of Les Arcs' architecture, and no respect for its amazing setting.  It just sits there in its Soviet-syle glory, manspreading across the lower reaches of what was Les Arcs' most beautiful away-from-it-all blue piste.  Poor show to the local authorities who allowed this through. 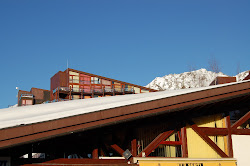